This Is What the Past Is for!

King Théoden had been enchanted—enchanted by a spell woven slowly and meticulously by one who appeared to be a friend. And slowly, oh so slowly, his perception of reality was skewed—until he no longer could discern evil from good and friend from foe.
Poor King Théoden sat in his hall—ineffectual, self consumed, uncaring for his realm that was being ravaged and destroyed by his dangerous foe—as those who loved him best wept for his blindness, wept for his lack of discernment, wept for the fading kingdom of Rohan.
Oh, how had this come to be? When had the imperceptible hand of darkness first crept into a heart once faithful? And what will become of them now—without a leader, without hope? They struggled on the best they knew how. They struggled in the darkness and awaited their doom—
But, doom was not their fate—not yet. Help unforeseen and unsought for arrived. It arrived cloaked in a guise of testing and pain and sorrow. It arrived when doom seemed sure, as it often does—casting off evil, remaking, restoring.
We often get bogged down and distracted by all the events of this physical dimension we inhabit. And, we forget that the struggle is not here. There are greater forces in the world than what the mere hands of man can manipulate. There are powers we fight by prayer alone.
Ephesians 6:12
For our struggle is not against flesh and blood, but against the rulers, against the authorities, against the powers of this dark world and against the spiritual forces of evil in the heavenly realms.
Stay sharp. Hold strong. Stay true.
Posted by the parishioner who doesn't do anything at 12:28 PM No comments:

Only a Sliver of Hope

Jay found a good deal on Amazon—the Lord of the Rings Extended Version on Blu Ray, with more additional viewing hours than what we’re ever going to watch—for $48. So, as we sat down to watch the second DVD, Jay first put in The Return of the King and immediately said, “That’s the wrong one, isn’t it?” “Yeah,” I responded, “in trilogies the middle one is always the dark one.” That’s the nature of trilogies.
That’s the nature of how time and space are set up, so there’s no wonder it’s paralleled in story. Now, if time and space were a trilogy, I suppose the first book would cover creation to the resurrection. The last could be called the same as Tolkien’s—The Return of the King. I guess that leaves the here and now in the middle.
Yes, in our great epic stories, the middle book is the darkest. It’s the one where the evil Darth Vader type strikes back and often wins. It’s where the forces for good struggle against insurmountable odds. It’s where all but a sliver of hope is lost—
A sliver of hope—sometimes, it’s hard to see hope. All seems lost when Gandalf falls to the bulrog in Moria’s mines to be tested and made anew. There’s little hope while Aragon and Gandolf are fighting on the other side of the world when all rests in the hands of the smallest and most innocent—and only a sliver of hope when Aragorn responds to the discouraged lad, “There is always hope.” It’s when all that can be seen is the powerful red eye of destruction, yet while forces unexpected and more powerful move in silence. It’s looking at death and realizing that after all, it is only death—a translation to life everlasting.
And that is hope—to know that at the end of it all, regardless of the pain endured in this life, there is life eternal in the bosom of Jesus. Rest in that Hope today.
Posted by the parishioner who doesn't do anything at 6:51 PM No comments:

Doth such love bewilder thee?
It was finished! Was that not what he’d said? The events of that day lay dark and heavy, forever burned into the minds of each player on the stage of life who happened to catch breath in Jerusalem, from a beggar in the street to a woman preparing for Passover to a ruler sitting in an empty chamber surrounded in opulence.
And as each reflected on the events of those momentous hours, perhaps there was a sigh of relief. “Yes, it was finished.” And since such was the case—perhaps, as is the resilience of human nature, preparations for the morrow were already underway: Perhaps Pilate pondered his political agenda. Perhaps the priests had made arrangements for the torn veil to be stitched back together.
And under the cover of some secrecy, others were busy at work as well—Nicodemus and Joseph of Arimathea. And once the deed was done, the body hastily prepared and buried, the entrance sealed and guarded, it surely must have felt like it was indeed finished.
But, as his body lay cold and inert in a tomb, the spirit of Jesus was alive and active—absent from that body—free to accomplish his great plan. Where he went and what he did during the days of silence from the tomb have been the speculation of theologians for centuries and will remain so. But, by the light of Easter morning all truly had been finished—all that was required to bring redemption to you, to me, to the whole world.
Does such love bewilder you?
Posted by the parishioner who doesn't do anything at 8:11 AM No comments:

I remember that in the weeks before I left for college that my mom at times paused as we packed my things into a trunk to tell me all sorts of things about life. They often started with the phrase, “I’ve often thought that…” At the time I just figured she wanted to get in all the things she felt like she should have taught me and was afraid she hadn’t.
Now, if I’d been more mature and realized the importance of what she was saying, I might have had the good sense to have written them down, but I didn’t. And, I’m afraid, the only specific thing I remember was her comment that she thought it was more important to sit around talking to us when she came home from work at night than to clean house—and anyone can look around here and see that I did take that to heart. 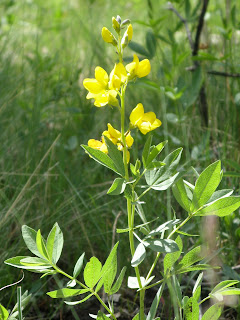 So, I imagine that during that last week that Jesus spent with his disciples, he too felt much the same way. For once he was gone, life would be very different for them. And maybe, that’s why John 14 is one of my favorite passages in the Bible. They were all the things he wanted to make sure they knew to carry them through till death. I particularly like how the chapter opens in the Kings James Version:
Let not your heart be troubled; ye believe in God, believe also in me. In my Father’s house are many mansions: if it were not so, I would have told you. I go to prepare a place for you. And if I go and prepare a place for you, I will come again, and receive you unto myself; that where I am, there ye may be also.
“Let not your heart be troubled.”
I love those words. I hear them in my ears this day—
“You believe in God, believe also in me.”
If there’s one thing I want to remember, it surely must be that.
Posted by the parishioner who doesn't do anything at 7:32 PM No comments:

The Best Parade Ever! 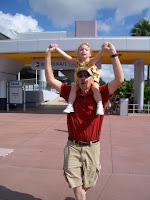 There’s nothing quite like a good parade! At Disney World when Helen was 2, the parades were one of her favorites. And boy, did we make sure we had a front of the crowd position on Main Street the day we had the kids without their parents.
So, this Palm Sunday—the beginning of Holy Week—my mind’s eye carries me back to a world far different from the dizzying Disney we live in.
The town Jerusalem was hardly an urban center, but it always swelled this time of year as the Jews prepared for Passover.
The beggars—and the thieves too—were probably hoping for a generous haul. Families made accommodations and merchants checked and rechecked their wares. Children caught the excitement of adult anticipation, as the abundance of laughter, frustration, and stress all pressed in with the throngs.
Yet, this year—there was another rumor on the air—Jesus. Surely Jesus would be there. What would he do? Would they see him? And those people from Bethany, the man that everyone said had been dead and buried for days—what of them?
And then it happened. It happened impromptu. It happened without fanfare and without religious approval—a parade.
And before the donkey on which Jesus rode, people threw down their cloaks and spread palm branches on the street ahead of him. The emotions were electrifying, like the sound of a million trumpets approaching. Everyone wanted a front of the crowd position. Did they wave? Did they fall on their knees?
Palm Sunday can seem like just another picture in a children’s coloring book, but I want it to be different this year. I want to open my heart and let Jesus parade across every inch of my soul.
There’s nothing like a good parade. And, this one was the best ever!
Posted by the parishioner who doesn't do anything at 5:36 PM No comments: