Dear Christa—
I’ve been reading through the Minor Prophets in the Old Testament, and some of those books give fantastic accounts of otherworldly creatures busy about their business here on earth. Honestly, some of it I don’t get at all, but one thing is apparent: there’s a lot going on out there that we don’t see.
At times that’s kind of unsettling to me—that there are likely angelic beings inhabiting space that I’m in that I can’t perceive. Imagine an entire world dramatically alive yet silent to our ears.
And, at times in a way it can only seem like magic when that spiritual world intersects with ours and influences the very place we live.
So, it was just such a time when God, very God, stepped out of the invisible and planted himself in the tiny essence of life, cloaked in humanity’s frame. It’s amazing to think about. But, mostly it’s too easy to regard the incarnation as simply the birth of a baby and to miss the perception that this was not an ordinary child.
I wonder how Mary and Joseph gazed at him that night. New parents always inspect every little inch of that newborn, but surely they were looking for something more, something a little different. As they stared intently at the child, were they looking for…God? Were they looking for something that indicated He was who He is?
Did it surprise them that he simply looked like a baby? And since he just looked so normal, I guess they just swaddled him up and took care of him. And, as days and weeks of caring turned into years, perhaps at times it became hard to perceive that this person was not of this world at all.
And so too, I suppose, we look at a baby in a manger and all we see is a baby; sometimes we see with no perception at all. 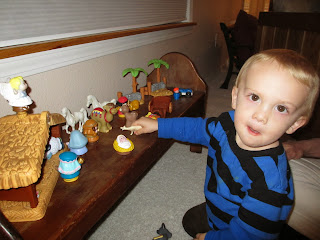 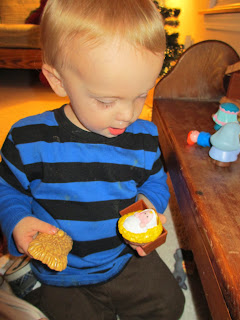 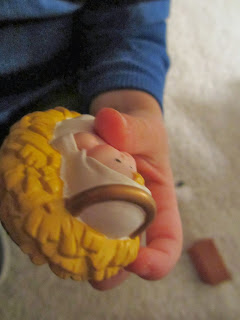 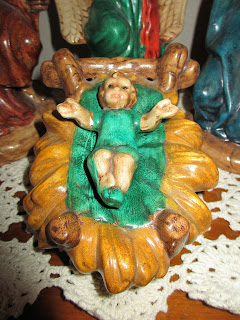 Posted by the parishioner who doesn't do anything at 5:13 PM