Let in the Light

Journal for Christa—
Joel was born in March. And all that long Tennessee winter that I carried him, we lived in the little yellow house. The little yellow house was heated by electric wall units, which were very expensive to run. So, we closed off the entire front half of the house. The long wide doorway into the dining/living room-for-the-winter was draped with large blankets to stave off the cold from the adjoining rooms. Winter was cozy, if tiny (space-wise), as we were nearly confined to one darkly paneled, windowless room and a small bedroom. I mainly spent the winter sewing and cross-stitching in a rocking chair. Some evenings Yvette would arrive with baby Timothy for me to babysit, a blast of cold from the unheated rooms entering with her. Baby Tim mainly slept, and Joy played contentedly around him and was always delighted when he awoke for a bottle. 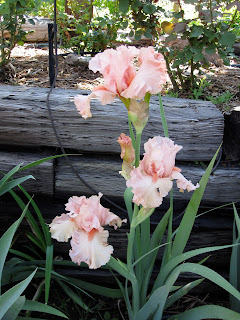 Then, with the coming of March, something suddenly switched inside me. Call it nesting or cabin fever—but one March day I’d had enough of winter confinement. The sun was shining, the daffodils were blooming, and I wasn’t having a baby in that darkness.  I still remember the feeling of exhilaration when I lifted down the bedding that let in the chilled but fresh air from the front of the house. Light flooded the room, and it was spring.
Sometimes it’s not just winter outside; sometimes it’s winter in our souls. But there, too, will come a day to let in the light. And when the fresh air and warmth of the sun hits your face, you will know that there also…it is spring.
By the next winter, Jay had installed a gas floor furnace—to chase away my winter cold.
Consider the lilies of the field, how they grow; they toil not, neither do they spin. Mt. 6:28 (KJV)
Posted by the parishioner who doesn't do anything at 7:00 AM