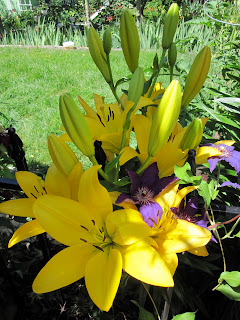 I don’t attend a church that practices Lent. And, honestly, I don’t know a great deal about it. Last year Melody observed Lent by giving up Facebook, and before Easter rolled around, Stefanie (Chris’ wife) and I both felt like we’d been forced along because there was such a dearth of information coming to us from Texas.
But this year, I’ve given more thought to Lent and what I think its purpose is. It seems to me that the purpose of Lent is similar to fasting—a time to put away something to replace it with more time devoted to prayer and meditation on God’s Word—particularly focusing on Jesus and the sacrifice He made to bring salvation.
So, this year, totally unaware of each other’s decision, Stefanie and I both chose to observe Lent along with Mel. What each of us has decided—I think, by God’s direction—to set aside is mainly significant only to each of us.
To be honest, the weeks leading up to Easter are typically some of my most stressful of all the year, and this year is no different. It has struck me lately that often during seasons that I should make extra effort to practice my spiritual disciplines, I usually don’t. And sometimes, when we need God the most is when we look for Him the least.
I’m actually re-evaluating my nominal American Christianity: Just who is this God that I say I believe in? And if He is as powerful as I say I believe, then why do I often expect so little of Him? What kind of a Creator becomes the created to sacrifice Himself for it?
I think I need to set my course to know such a God better.
I guess that’s the idea behind Lent.
Posted by the parishioner who doesn't do anything at 7:00 AM