Sometimes the Most Important Character Is a Minor One 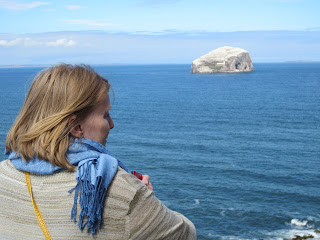 Sometimes the most important character is a minor one. One of my favorite characters in Lord of the Rings is Éowyn. Éowyn had lived so long without hope that when she sees the strong arms of Aragorn, she immediately falls in love with him. However, this was not the hope he brought for her, and perhaps it wasn’t even the hope she sought, but she’d lived in that dark fortress for so long.
Although Éowyn’s passion was dashed as quickly and as unexpectedly as it’d come, she did have one thing—maybe the very thing that draws me to her. Éowyn didn’t see that she had anything of worthiness. A warrior locked in a woman’s body, skills unused, love unrequited.
All those years as her brother and cousin defended the borders, she bore up—resisting an evil that unknowingly made her strong. And in her strength grew a hardness and determination. If she should parish, then parish she would. But she would not give in to darkness.
So as a noble woman of Rohan in the face of certain defeat, she armed herself and rode off with warriors, pulling up Merry behind her because she alone understood his heart.
And when her moment of fate came, she faced it with courage only a woman’s love for her uncle/king could muster. She revealed her weakness, womanhood and all— tearing off her helmet, luscious locks falling from her shoulders—and declared to the dark demon, “I am no man!”
Then, unbeknown to humanity, to wizards, wraiths, and all—she fulfilled a destiny cloaked in a misleading prophecy, and destroyed an instrument of evil that turned the Dark Lord’s eye beyond his borders.
Be encouraged, my sister, it may your prayer alone this day to shatter the demon’s chain. Stand firm, be of great courage, for the love of God—your Father and King.
“Be on your guard; stand firm in the faith; be men (women) of courage; be strong. Do everything in love.” 1 Cor. 16:13
Posted by the parishioner who doesn't do anything at 3:13 PM