Yesterday I turned 58. I think I’ve now officially turned “old.”
Some people think that 50 is old, but I kind of liked 50. When I turned 50, I still felt 49…and thought I looked it too. I got a lot of mileage with my students the year I turned 50. I would admonish them: “I am a 50 year old woman, and I cannot put up with this!” to which they usually rolled up their eyes and laughed. It was also a memorable day because it was the last birthday that my dad and I (born on the same day) shared together.
We were home in Illinois and my uncle was in the hospital. We spent the day with aunts and uncles who were in their 70s. And as we ate ice cream at Diary Queen on the way home, Mom apologized for not baking a cake, but in reality it was the perfect way to turn 50. (I would have been the youngest there, if Jay hadn’t been with me.)
But when one turns 58, which is officially close to 60, one should give thought to how she has lived and how she plans to live the next 20 or so years. I have considered this year that I have put all my eggs into one basket and have concluded it was right to do so. That basket being Christianity—an observation that God is God, the Bible is His Word spoken to us, and we are expected to believe and follow it. Also, that this world, as beautiful as it is, is terribly broken and though filled with joy will also bring pain—and if it did not, could we ever be ready to leave it?
William (16 months) is totally into baskets, large ones. As he visited yesterday, he unzipped his diaper bag, pulled out Pooh (and a bag of graham crackers) and dropped Pooh into a basket with Molly’s dog toys and proceeded to shuffle it from place to place. It made me think of how important it is to choose a basket wisely—and to consider who is toting it. After all, there truly aren’t that many baskets to choose from in life. 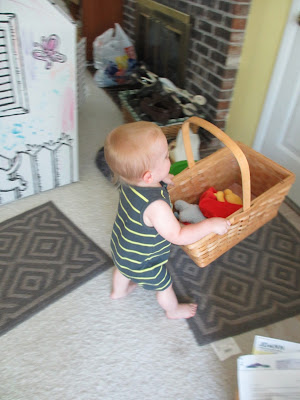 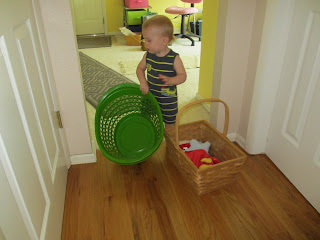 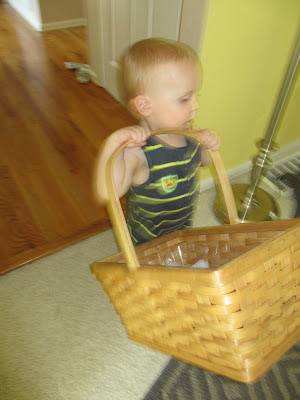 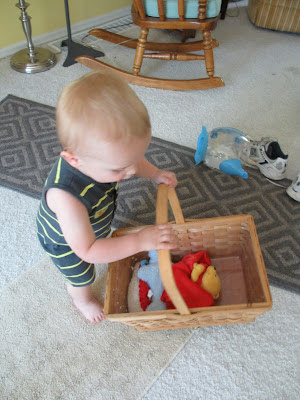 One morning as Jay and I returned from our walk, we stepped up on the porch and Jay said, “Well, look at that.” And I did. A tiny little house finch had built her nest nestled into one of the hanging pots on the front porch. I thought it was a rather smart place to put her eggs, first two and then three. Jay keeps a thistle sock filled out back, the drip showers her pot everyday at exactly 11:00 and the plants in the pot hide her eggs nicely. And now that we know she’s there, we go through the garage not to disturb her—and we’re hoping to see little baby birds when Breck and Helen come to visit in a couple of weeks. 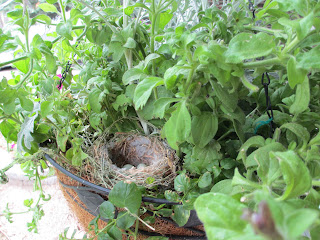 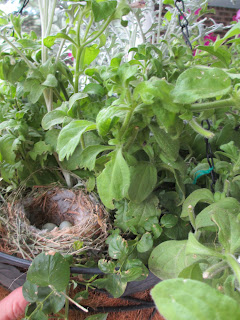 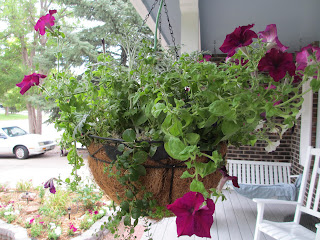 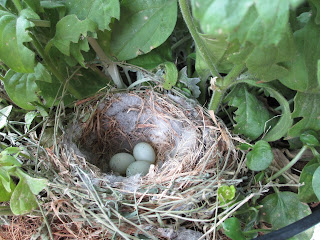 Today, I’m 58 and anticipate what the future holds. I don’t know what that is, and I don’t need to know. To yearn to know the future is a characteristic of the young. But when you’re 58, it’s just good enough to know who’s holding your basket.
Posted by the parishioner who doesn't do anything at 10:00 AM